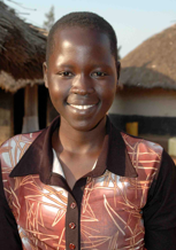 Beatrice enjoys playing netball and reading story books. Her favorite subject is Science. She dreams of attending university to become a nurse “because I want to improve the health of the community...I pray to God that I may get sponsorship to study.” 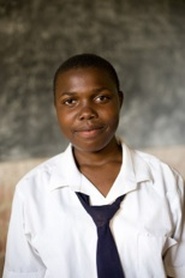 Barbara is seventeen years old and in Senior three. She boards at Awegys Christian Comprehensive School and at home she lives with her grandmother. Barbara’s father died of HIV/AIDS when she was still months old.  Babara’s mother unfortunately could no longer afford to support her so Barbara’s grandmother took her in.

Barbara has five step siblings who tried to support her education in Secondary school but couldn’t do it anymore until she got a sponsor through Mtaala Foundation. "I am so excited about the sponsorship program.  My hope has been restored and I will work hard to achieve my dream," says Barbara.

Babara enjoys playing netball and her favorite class is biology because she says it comes very natural to her. She wishes to continue with her studies so can achieve her goal of becoming a nurse and help fight HIV/AIDS which killed her father. 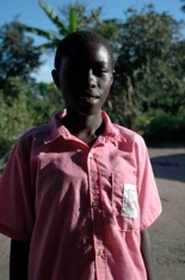 Brenda is fourteen years old and lives with her brothers Bonny and Francis, both of whom are seeking sponsorship, and her elderly grandparents. Both of her parents died of HIV/AIDS.

Their grandfather is too old to garden, so she and her grandmother grow food. Her grandparents sold their cow and some crops to pay for her eldest brother to attend secondary school, but last term he was forced to drop out because there was nothing left to sell.  Brenda walked a very long distance every day to attend primary school.

She enjoys cooking and her favorite subject is Science, because she wants to be a nurse. “If my grandparents fail to support my secondary education next year, I will study the last class of primary again because I don’t want to just stay at home – I want to study. Please help me so that I don’t drop out of school.” 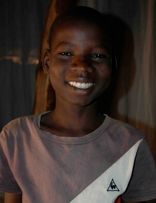 Geoffrey is thirteen years old and lives with his mother. Geoffrey’s father was killed, along with eleven of his relatives, by the Lord’s Resistance Army rebels when Geoffrey was 5 days old. Geoffrey now stays in a rented hut, because Ugandan culture does not allow Geoffrey’s mother to inherit his father’s land. His mother provides causal labour to the community to earn a little money, but could not afford to send him to secondary school.

Geoffrey repeated his last year of primary school, not because he had to, but because he wanted to continue his education.  Geoffrey enjoys playing football and reading books. His favorite subject is Maths. He wants to continue studying and become a mechanic. 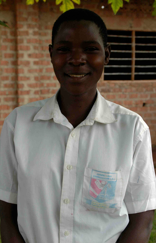 Hajarah is fourteen years old and lives with her mother. She is the fifth born in a family of eight children. Her father left them seven years ago. Her mother is unemployed and struggles to take care of them by cultivating crops. All her older sisters dropped out of school and got married.

Hajarah currently attends Awegys Secondary School, but needs sponsorship. “I don’t want to drop out of school, so I sell maize and yams in the village to raise some money to buy school materials. I will be grateful if I get a sponsor because I will be able to concentrate on my studies.”

Hajarah enjoys volleyball, netball, music, dance and drama. Her favorite subject is English. She dreams of attending university and becoming a nurse so she can treat people. 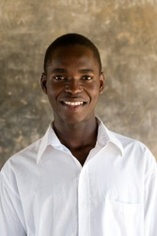 Jimmy is sixteen years old and in Senior One. He enjoys playing football, volleyball and reading story books. He boards at school and when at home, he lives with his grandmother in an Internally Displaced People (IDP) camp in Northern Uganda. Jimmy is an orphan and never met his parents.  His mother died shortly after giving birth to him while his father was a government soldier fighting against the Lord’s Resistance Army (LRA) in Uganda’s civil war.

At fourteen, Jimmy was abducted by the LRA.  He was forced to loot villages and fight against civilians and governments soldiers.  During the seventeen months he was forced to spend with the LRA, Jimmy was shot in the left arm and right leg.  To this day, he carries painful scars from the incident.  ‘I’m very happy to be back in school to work for my future. Thanks to my sponsors," says Jimmy. 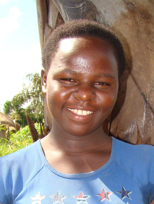 Monica is 14 and has completed primary school. She has now been forced to drop out of education as her family cannot afford her school fees. She is the last born of a family of five. Her eldest three brothers have a different father, he was a soldier and was killed in the civil war before she was born. She shares the same father as her sister, Jennifer, who would also like to enroll in Mtaala's Sponsorship Program. Monica’s father died in 2007 after a long sickness. The family do not know what it was. All the children now stay with their mother who is unemployed.

Monica sells bread at the side of the road to raise money. She dreams of going back to school and then to university to become a nurse. In her spare time she enjoys reading books and playing netball. 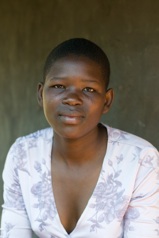 Gloria is fifteen years old and in Primary Seven. She currently lives with her mother and two of her five siblings. In 2002 her father was killed by the Lord’s Resistance Army rebels. Since that time, her mother has worked as a peasant farmer in order to support her family. Gloria and her two of her sisters have dropped out of school because of lack of school fees. “Please help me get school fees,” asks Gloria.

Gloria enjoys English and wishes to one day become an inspector of schools so that she can improve students’ educations in her country.